Basketball star Lebron James has paid tribute to Kobe Bryant with a new tattoo, days after the LA Lakers legend died in a helicopter crash alongside his daughter Gianna and 9 others in Calabasas, California.

Lebron who was pictured crying at the Los Angeles airport the morning after hearing of Kobe’s untimely death, visited celebrity tattoo artist Vanessa Aurelia on Wednesday to get the new ink, then on Thursday during his work out in Lakers training facility in El Segundo, let photographers capture the new tattoo.

The tattoo is still fresh, but has the shape of a black mamba, the nickname Kobe was known for, then an inscription ‘Kobe for life’ can be seen written. 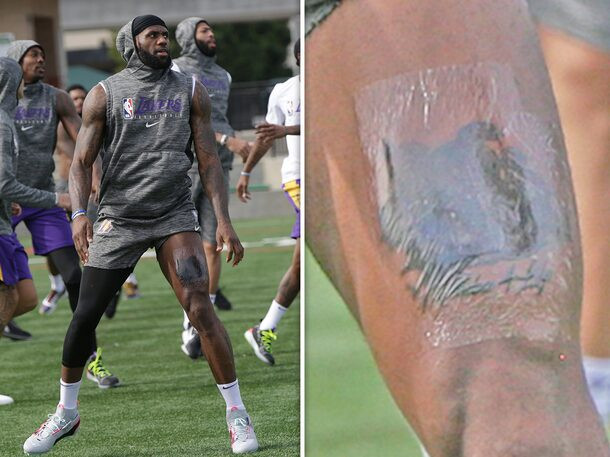 Do You Agree?? Northerners Are One Of The Major Problems In Nigeria – Emir Sanusi

Check out the latest portable heater

NGO urges INEC to deregister political parties without win in 2019

Look out for these harmful ingredients when you’re picking up skincare...

Do You Agree?? Northerners Are One Of The Major Problems In...